All residents, non-residents, and international visitors must possess valid operators' licenses to drive in Michigan, as well as automobile registration certificates and proof of insurance for vehicles driven.

On October 31st, 2010, the new “Super Drunk” law went into effect. This law states that a person driving a vehicle with a blood alcohol level of .17 or higher can be convicted under an enhanced operating while intoxicated charge. This law only applies to first time offenders with a blood alcohol level of .17 or higher. People with a blood alcohol level between .08 to .16 or that have prior convictions will be prosecuted under the existing operating while intoxicated laws. The new law will include an additional $200 in fines as well as up to 180 days in jail. It also includes mandatory alcohol rehabilitation and a one year suspension of driving privileges. Drivers will be eligible for a restricted license after 45 days if they agree to and install an interlock device on their car. There will also be a $1000 driver responsibility fee for two consecutive years. Furthermore, drivers will still be responsible for the cost of prosecution. 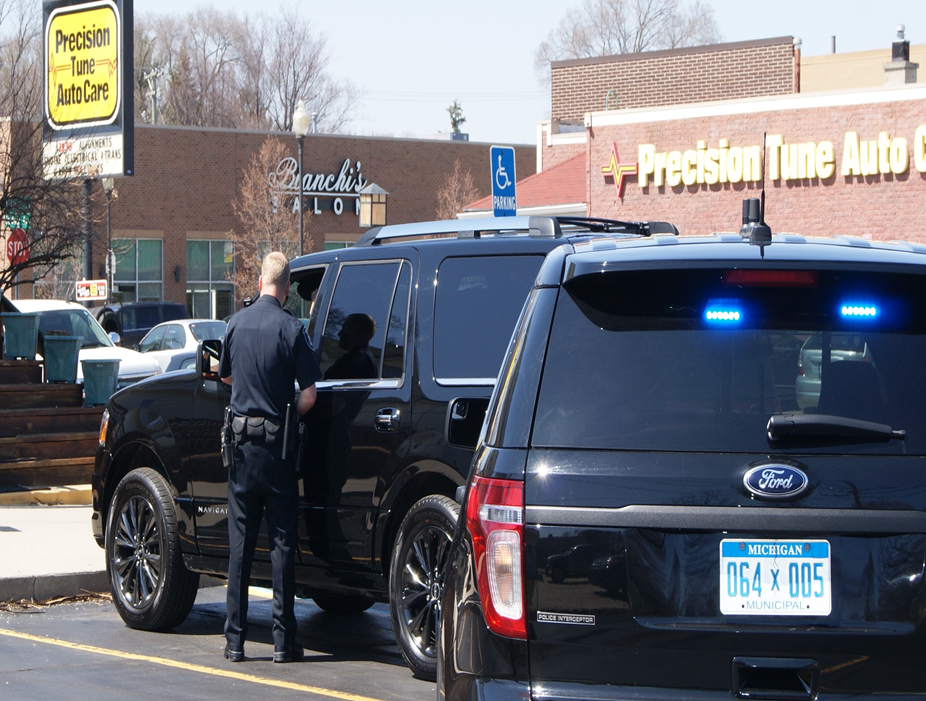 Drive Soberor get pulled over.

Drunk driving is a deadly epidemic that takes the lives of more than 10,000 people each year, on average.

On September 30, 2003, changes to Michigan’s drunk driving laws became effective throughout the state. These changes were passed unanimously by the Michigan Legislature to maintain federal highway funds, but several additional new laws were packaged along with the new .08% threshold.

Under Michigan’s prior drunk driving laws, the offense of operating while visibly impaired, which prohibited driving with a blood alcohol level greater than .07 but less than .10, remains in effect, but the new impaired provisions do not have any numerical blood alcohol levels to define when a driver is impaired. In essence, there are few differences between a charge of OWI and OWVI, but an impaired charge carried slightly lower fines and slightly less harsh driving sanctions. As such, under Michigan’s prior drunk driving laws, the federally mandated threshold of .08 was already effectively enforced in Michigan.

Another significant change under the new 0.08 law includes longer suspension periods for refusing to submit to a Datamaster Breathalyzer test. Under Michigan’s prior drunk driving law, anyone who wrongfully refused a police officer’s request would lose their driving privileges for a period of six months. Under the new law, the suspension is lengthened from six months to one year for a first implied consent refusal and two years for any additional refusals within a 7-year period.

The "zero tolerance" law prohibits anyone under the age of 21 from operating a motor vehicle with "any bodily alcohol content" defined as a blood alcohol level in excess of 0.02 but less than 0.08. If the underage driver's blood alcohol level exceeds 0.08, presumably the underage driver will be charged with the more serious offense of Operating while Intoxicated (OWI). In the event that an underage driver is charged with OWI, a court is not permitted to dismiss the more serious charge, although a prosecutor maintains that ability in plea negotiations.

Michigan has a primary seat belt law, which means law enforcement can stop and ticket motorists solely for not being buckled up.

A person with a qualifying disability is eligible for a disability license plate or parking placard. To obtain a disability plate or placard, Michigan law requires that people be blind or have any condition that significantly limits their ability to walk or requires a wheelchair, walker, crutch or other assistive device.

Where not otherwise prohibited, Michigan allows right turns on red after a full stop. Michigan also allows left turns onto one-way streets when there is no oncoming traffic.

Graduated Driver Licensing (GDL) is a driver licensing system designed to teach teens to drive by gradually increasing their driving privileges as they advance through the system. GDL consists of two segments of driver education instruction and three licensing levels.

The three licensing levels in GDL are: a supervised learner's license (Level 1 License), an intermediate license that limits passengers and unsupervised nighttime driving (Level 2 License), and a full-privilege driver's license (Level 3 License) issued after a teen driver has successfully completed all previous instruction and driving requirements.

GDL license levels 1 and 2 have certain restrictions to limit teens' driving exposure to high-risk situations and help protect them while they are learning to drive.