What is a stormwater utility fee and why?

A stormwater utility fee is similar to a water, sewer or electric fee. Property owners are charged a fee to collect, transport and treat stormwater that runs off their property. The fee is used to pay for treatment costs that the City of Royal Oak incurs from the Oakland County Water Resources Commissioner (OCWRC) and the Great Lakes Water Authority (GLWA). It also pays for the city’s stormwater management program, including sewer maintenance and green infrastructure.

The City of Royal Oak has been billing property owners for costs that are paid to Oakland County Water Resources Commissioner and the Great Lakes Water Authority. These costs were included in water and sewer rates.

In 2014, the basis for billing for stormwater costs was challenged in Oakland County Circuit Court. In Schroeder vs. The City of Royal Oak, the plaintiff alleged that the water and sewer rates violated the Headlee Amendment because charges assessed were a tax intended to raise revenue rather than cover the costs of the wastewater system.

In 2017, The city settled the lawsuit for $2 million. As part of the settlement agreement, the city was required to alter the methodology for recapturing the debt component of the stormwater system by July 1, 2018.

As a result, the City of Royal Oak is implementing a separate stormwater utility fee that will charge property owners based on the amount of stormwater runoff generated from their property.

What was the Outcome?

The city ultimately settled the lawsuit for $2 million payable into a fund to reimburse ratepayers. As part of the settlement agreement, the city was required to alter the methodology for recapturing the debt component of the stormwater system by July 1, 2018.

As a short-term solution, the city was authorized through the Michigan Drain Code to levy an ad valorem tax to fund debt service through 2019. An ad valorem tax is not a desirable means of paying for stormwater costs as it does it encourage property owners to manage their own stormwater as there is no financial benefit for them to do so. (See diagram below.) It also exempts institutions such as schools, churches, and hospitals which contribute significant amounts of runoff.

How does the city charge for stormwater?

Starting in 2020, each property will be billed based on the amount of hard surface on the property. The charge will be based on the proportion of runoff that each property adds to the city’s sewer system. Property “A” has more hard surface (house, garage, longer driveway) than Property “B” and creates more stormwater runoff. Property “A” will be billed a higher amount for stormwater runoff than property “B.” 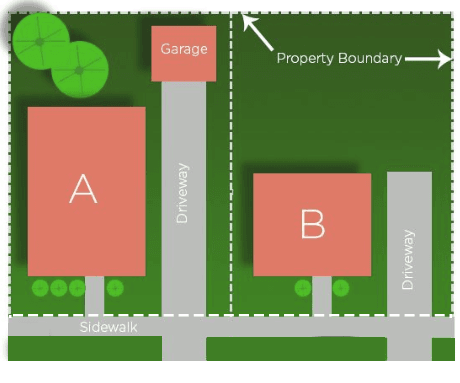 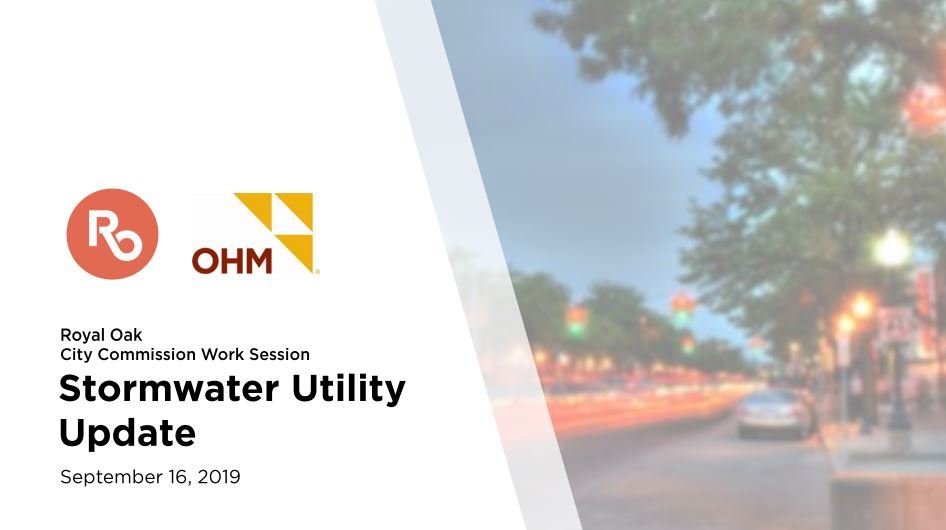 The city is hosting several meetings in 2020 to help property owners understand the new utility.

Stormwater Utility Workshops for Residents are FREE; but an RSVP is required.

The February 29 and April 14 workshops are full.  Sorry for the inconvenience. 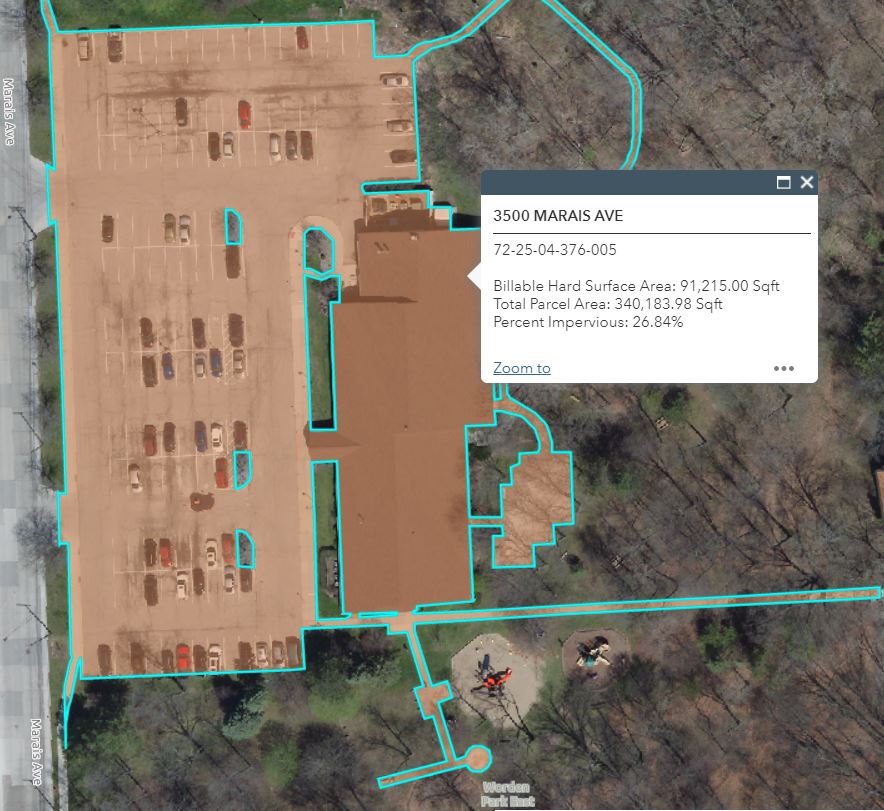 How is hard surface area calculated?

For billing purposes, stormwater charges will be based on the amount of hard surface on your property.

The map is currently being updated. Thank you for your patience.

What are Examples of Pervious & Impervious (Hard) Surfaces? 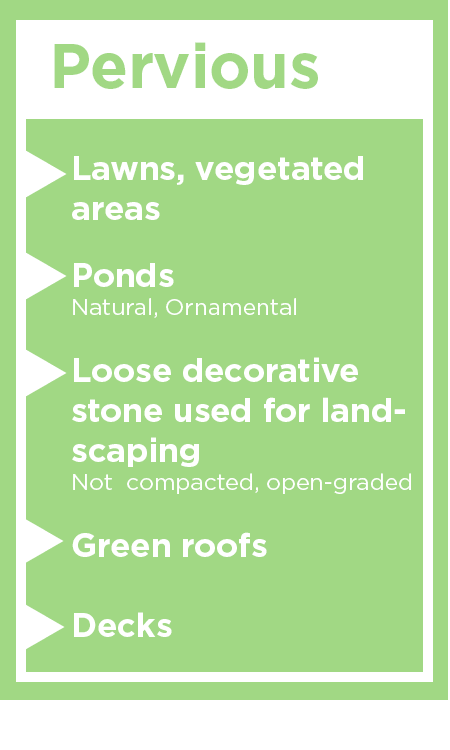 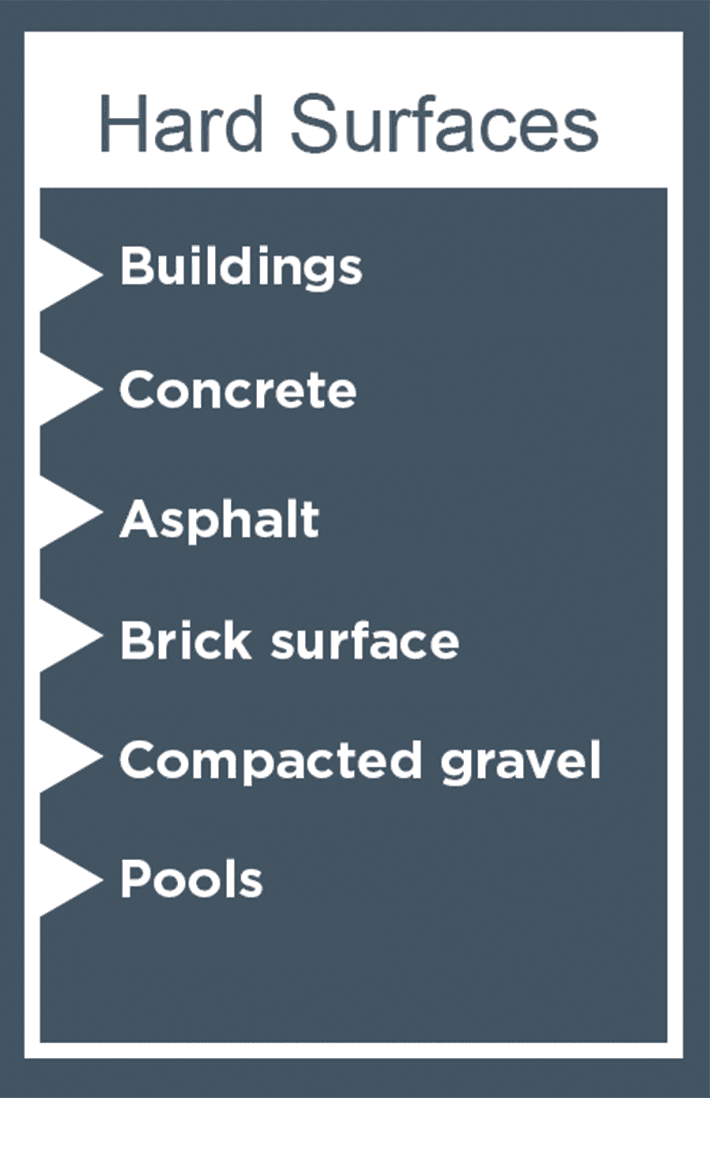 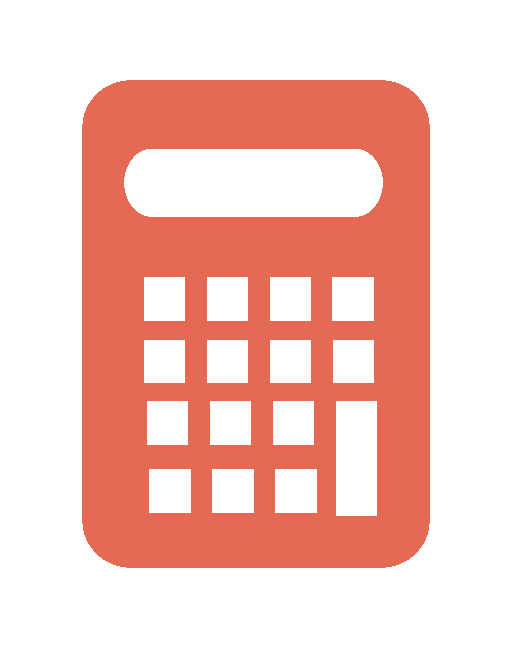